My Story…Doing ‘Whatever It Takes’

My story begins actually, at birth.  I was given up for adoption.  Now, don’t get me wrong… my adopted parents are wonderful, loving people and I am proud to call them my real mom and dad.

I never knew my biological mother and father… and, although I’ve found my birth mother, I still don’t know who my father is.  The only reason that I really want to know, is for DNA analysis… to find out who my true ancestors were and where I “came from”.

When I was 18, I fell in with a rough crowd.  We did drugs, drank, partied… everything that some teenagers do.  So, the following scenario was inevitable.  (This is what I have been told happened… I do not remember the day – or the months leading up to it – at all.

On October 09, 1988, a few friends and I went out to go to a party at another friend’s house. On the way there, my friend lost control of the vehicle – a 1980 Chevy Camaro with slicks for tires – and crashed head on into a tree.  Remember, I do not know exactly what happened, so this is what I have been told.   The paramedics ended up having to use the jaws of life to extract us from the mangled wreck.

The nearest hospital ended up not being able to handle our injuries, so we were transported by helicopter to St. Paul, MN – Ramsey Hospital (now Regions).  En route, I have been told that I died but was able to be brought back.

Once at Ramsey, I remained in a coma for approximately 6 weeks (?).  I remember having “dreams” of being cared for by different people, but nothing really remarkable like some people talk about “seeing” while they are in comas.  One “dream” that I had was of my boyfriend asking me if he could borrow my snowmobile for a few days… when I awoke, I found out that he had actually stolen my snowmobile and crashed it… saying that I had told him thad he could use it.  Wierd, huh?

After coming out of the coma, I found myself unable to walk… which I did not believe.  I would actually try to get out of bed and walk to the bathroom… but that didn’t work too well – I ended up in a crumpled heap on the floor and the nurses would have to come and “rescue” me. 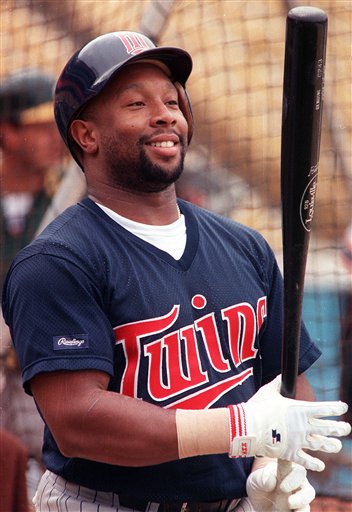 It was now mid December, 1988.  I remember it was night time – about 10:00 PM.  I started coughing and could not stop.  The nurse gave me a spray that was supposed to help stop the cough… but it didn’t work.  I kept coughing.  And coughing.

Finally, they took me to the ICU for tests and determined that my throat was closing – due to the tubes that had been inserted to feed me and help me breath while in the coma.  So, they had to operate.  While I was being wheeled into the operating room, and after they had given me a pill that was supposed to put me under, they shoved a paper in my hands and told me to sign it.  They did not explain to me what the paper was.  It was a release form.  I remember feeling panicky – like something was going to go wrong – I kept telling them that something was going to go wrong with the surgery…  I was so groggy, and I wanted to be able to breathe again, so I signed it.

They did a tracheotomy on me… I ended up with a tube in my throat for the next few weeks.

Christmas came (I still had the trach).  My parents took me home for the holiday.  Once I got home… things changed.

I was sitting on my bed in my room.  Suddenly, I felt a tingling in my legs and they felt stronger.  I swung my legs off the side of the bed and gingerly attempted to stand up.  It worked!  I walked out of the room alone!  I felt like it was a Christmas miracle!

Two of my high school friends (not the ones that I partied with) came over to take me to see Star Wars.  I was so excited to do something without the stupid wheelchair! I felt free!

After Christmas, I had to go back to the hospital.  I really didn’t want to, but I did still have the tracheotomy… so, back I went.

A couple of weeks went by.  I spent New Year’s Eve in the hospital… which kinda sucked.  But, I was getting stronger and I had heard rumors that my trach would be coming out soon.  So, I was hopeful for what the new year would bring.

Finally… the day came when the tube in my throat was removed.  I was so excited… until I found out that my voice was forever changed.  It was raspy and hard to understand.

I started voice therapy… but that didn’t really help at all – so I discontinued that.

I was so distraught…see, before the accident, I used to love to sing.  It was a dream of mine to become a singer. (I never told anyone this).  To now have such a horrible (to me) voice totally wrecked me.  I wished that I had died in that accident.  But, I had such a great support system that helped me stay focused on getting better, that I really didn’t think about what had been taken away from me… most of the time.

Since then, I have gotten married and had 4 wonderful children.  Life has been pretty good… for the most part.

One thing that I have found though, is that trying to get along in this world without a functional voice, is not easy.  I recently obtained my Bachelor’s Degree in Criminal Justice, as well as a Master’s Degree in Homeland Security & Emergency Management, to try to better my family’s situation…  only to find out that my voice has become a hurdle.  Employers need (want) people who can communicate clearly – something that I can not do.  And, the Traumatic Brain Injury that I sustained in that accident gives employers reason to turn me down for employment (although they won’t say that – it would be discrimination).

The state has even told me that they do not consider my tracheotomy a disability… so I can’t get that either.  Although, my family could not survive on the disability payment.

So, I am doing what I need to do – cashiering – for now.   Soon, I will be having a procedure done that will allow me to have a more normal voice…  and I may be able to sing again!

All in all though… life has been good.  I have a wonderful, supportive family, I have gone places that I did not think I would ever go, met peoplle I never dreamed I would meet.

Michelle Hoffmann is the owner, editor and publisher of The 24KaratMarketer Ezine – http://free24karatmarketer.com, an online publication that is dedicated to helping marketers, new and experienced, succeed in their online businesses. She is also a mother, writer, photographer, web designer and student of nature. Yes, she does it all!

You CAN Profit Online!